UPDATE: The image below has been confirmed as "fake news" and removed. All apologies. Details in comments below.

With all of the big Neil Young news excitement recently, we have not had much of a chance to fully dig into Neil Young's Online Archives. As announced last month, the Online Archives will be initially be free -- Neil's gift to his fans: "In the beginning, everything is free."

There is little doubt already that the Neil Young Online Archives is a masterpiece in presentation that leapfrogs other artist archival projects and sets a new standard,

But already, some "Easter Eggs" are starting to reveal themselves to those who seek. From a note from Stan:


I've been an avid reader of Thrashers Wheat for some years now and thought I'd share something I've stumbled upon.

I've been going thru some of the code in the amazing new archives and managed to dig up something I presume is the album cover for the Roxy Live album. I haven't been able to find any covers of the other unreleased albums which might be a hint that Roxy Live is next in line for release.

Anyway, I thought I'd share the cover with you if you would want to post it. I think it's very cool and have no doubt readers of TW would enjoy it.

Thanks Stan! very cool and thanks for sharing. Keep us posted on your other findings!

UPDATE: Stan - You've got some explaining to do. Please respond to our emails and/or comment below.

The image above has been confirmed as "fake news". All apologies. Details in comments below.


So there are a few goodies that are previously unknown or harder to find.

While we may not have any of the Geffen material, no I'm Goin' or Interstate, and previously unreleased material from beyond 1972 has yet to come, we did get a couple of items that caught my attention. Remember the hidden track on Archives Vol 1 with the alternate mix of I Believe In You? Well, it's here. But real surprise so far was the version of Birds from August 1969 with Crazy Horse. You remember... the first verse only version...? Well, the Neil Young Archive online has delivered the full recording with the 2nd verse intact. 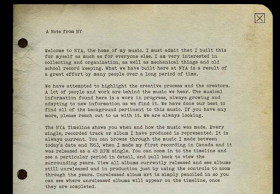 A Note From Neil - August, 2017
Last August, Neil Young announced that an "online archive" -- with nearly all of his recordings -- will be made available.

"Every single, recorded track or album I have produced is represented," Neil says in a old school typewriter letter posted on the Neil Young Archives website. 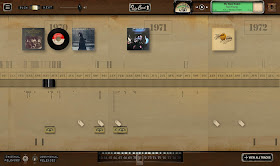 Timeline - Neil Young Archives
Neil types: "View all albums currently released and see albums still unreleased and in production just by using the controls to zoom through the years. Unreleased album art is simply penciled in so you can where unreleased albums will appear on the timeline, once they are completed." The Archives site -- organized using the "Filing Cabinet" system -- will let fans “choose, purchase and set up your equipment to hear the absolute best streaming music at your location." 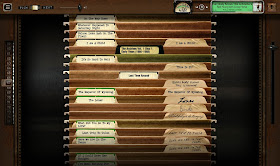 Filing Cabinet - Neil Young Archives
Neil explains that Xstream Music, a high resolution "adaptive streaming service" with access to "pure uncompressed masters," will vary the quality of the stream depending on the bandwidth the user has available. XStream will deliver super high-res, 6,000-kilobits-per-second (kbps) quality. If using data on a mobile devices, a 700-kbps stream will deliver compact disc-quality audio. XStream will also have access to the Young promised. 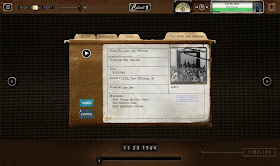 Track Details - Neil Young Archives
“View all albums currently released and see albums still unreleased and in production just by using the controls to zoom through the years. Unreleased album art is simply penciled in so you can where unreleased albums will appear on the timeline, once they are completed.”

As Neil says in tutorial video: "Try not to get lost." 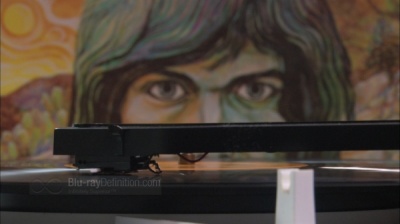