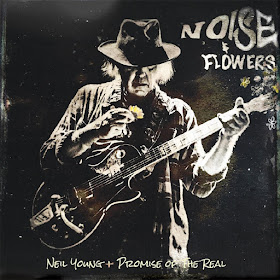 Album #21 from the "Performance Series" will be released as CD, double LP and limited box set including Blu -Ray video. Pre-sale has begun. (Please shop locally & independently. But if you can't, we appreciate your supporting Thrasher's Wheat by clicking this link

The preview track "From Hank To Hendrix", is now streaming on NYA, as well as, on YouTube with concert footage.

The 14 songs from "Noise & Flowers" were recorded on the 2019 European tour with "Promise of the Real". 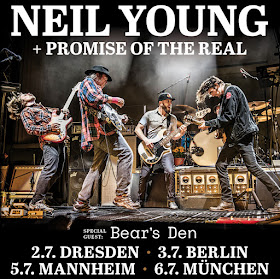 As Rusted Moon observes, 8 of the 14 songs on the album were recorded at concerts in Germany. The Berlin Waldbühne concert on July 3, 2019 has the most tracks with six songs. 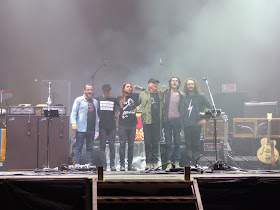