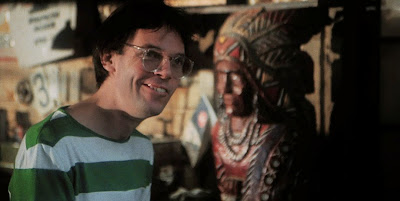 More on Neil Young: I Got Lost on the Human Highway.


How would you describe Stephen’s guitar playing compared to Neil’s?

That’s a good word, yeah. To me, Neil’s one of the great guitar players in the world. They both are, and to stand in the middle of that shit and watch these two longhorn stags — “Hey, I’m playing this.” “Oh, yeah, motherfucker? Well check this out!” “Oh, really?” — it’s very interesting as a musician. I can't look at them from the point of view of being a guitarist as I’m an incredibly simple guitar player. I hardly know what I’m doing. 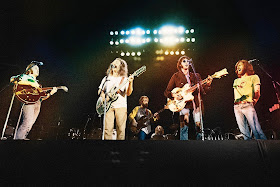 
Perhaps the songs that provide the most insight into the sum of CSNY’s parts are the ones birthed on solo projects. Here Nash’s “Immigration Man” is ominous and frightening (as it was meant to be); Stills’ “Black Queen” is transformed from an acoustic tequila-drenched blues to a primal stomp, dripping with tar; and Young’s “Don’t Be Denied” is everything it was ever meant to be: plaintive and open with an edge that keeps it from becoming just another anthem. There is fire in these performances that you will not find in any other archival recordings, whether it was Crosby and Nash with the Mighty Jitters, Young’s Stray Gators or Stills’ Manassas ensemble – a one-of-kind excitement that only this quartet (along with Kunkle, Drummond and Lala) could generate. 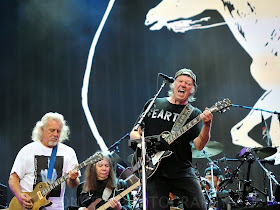