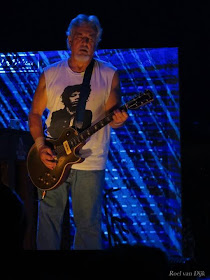 It was was no pleasure for us here at Thrashers Wheat to break the news just hours before the band was to hit the stage for the big Way Out West Festival in Göteborg, Sweden. Reaction here and here was swift, ranging from concern, anguish, to outright bitterness.

Of course, the main concern is that Poncho's injury is relatively minor and he makes a full recovery.

There were many cries of "The show must go on!".

Neil should have just played an acoustic set.

Since it was a festival, there must have been some guitarist around who could step in and replace Poncho.

And over and over again, my friends.

We completely understand everyone's disappointment. Especially those who had been standing on the rail at last night's Way Out West Festival for hours in anticipation. So sorry for all who were excited about seeing Crazy Horse. And for those that traveled long distances or had plans to, our heart goes out and hope there's a next ride on the Horse for you someday.

Absolutely gutted I won’t be seeing Neil Young next week as the European tour has been cancelled. Proper gutted. 😢

@neilyoung gutted at cancellation of Liverpool gig. Couldn't @nilslofgren have been drafted in to help out?

@neilyoung so sorry that you had to cancel the shows...hope Poncho gets better soon!!!!

But -- and you know this is coming -- you can't put yourself in Neil's shoes and just say here's what I think is best. I know what's best for Neil. It doesn't work that way. Never has. Never will.

Down on pain street, disappointment lurks.

So how bout a little ▶ "Depression Blues to cheer everyone up? :)

Get well soon Poncho! We need you back to ride that crazy horse one more round. 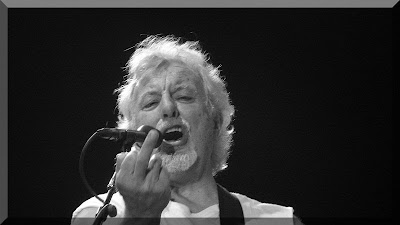