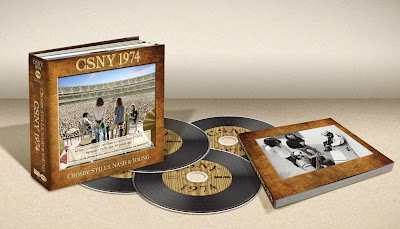 listed as a 3CD/ Bonus DVD OR Pure Audio Blu-Ray / Bonus DVD with a 188-page booklet.

Also, there will be a limited edition set of 1,000 copies featuring a coffee table-sized book and six 180-gram 12” vinyl records.

The set was produced by Joel Bernstein and Graham Nash. "This is the most difficult project I've ever done in my recording life," Nash tells Rolling Stone. "That's largely because of other people's agendas and trying to please four people at the same time. It only took us a year to actually do the physical work, but it took three or four years to get that work together."

One issue they faced was Neil Young's intense focus on audio quality. "Neil Young, God bless his cotton socks, has always wanted the audio to get as close to the recording experience as possible," says Nash. "He wanted us to do it in 24/192, and that's what we did. Of course, that happened one-third of the way into the project, so we had to redo an awful lot of stuff. But it sounds totally amazing. There's 40 songs and they'll show people that we were a very, very decent rock band."

Nine of the shows were professionally recorded on multi-track tapes. "We wanted the best performances of each song for this collection," says Nash. "So Joel and I listened to every single minute of the multi-track shows and chose the best. We'd take, say, the best performance of 'Almost Cut My Hair' and send it to David [Crosby] for his approval. We did the same with Stephen [Stills] and Neil."

The bonus DVD features eight songs filmed at the Capital Center in Landover, Maryland and Wembley Stadium. "The Capital Center was the one place back then filming concerts," says Nash. "We didn't even know they were doing it. It's a little funky-looking because we didn't light it for film or television, but I picked eight songs I thought were very representative of how we were then."

Despite the fact it draws material from multiple nights, Nash and Bernstein structured it like a typical show from the tour. "I wanted people to experience the show," says Nash. "We wanted to give people a seat in the 10th row in the middle so they can sit back and enjoy the show. It starts with an electric set and then we did an acoustic set, sometimes with bass and drums and sometimes not, and then ended up with a kick-ass last electric set." 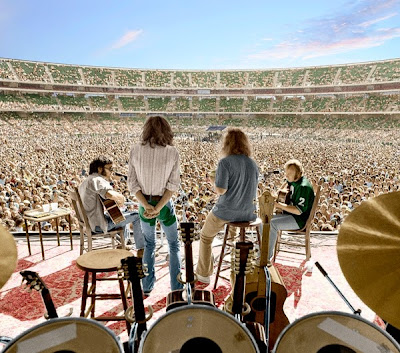